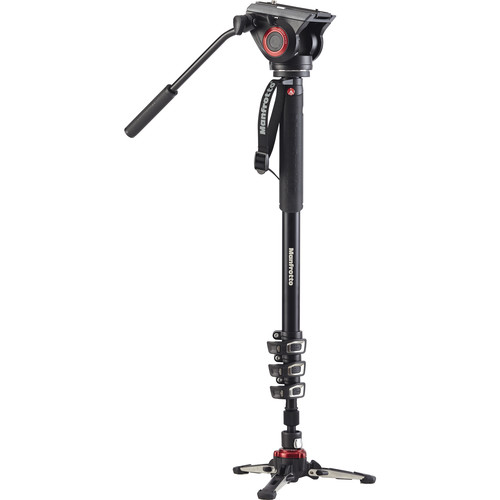 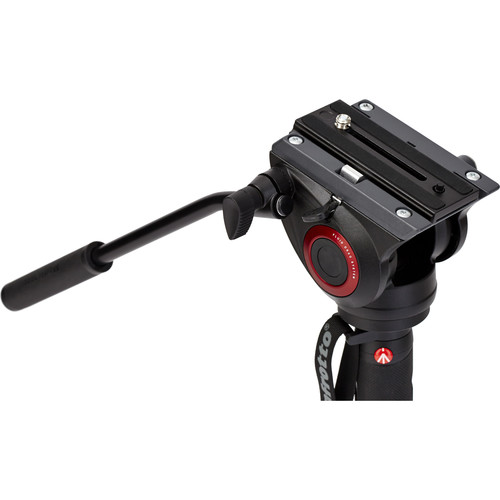 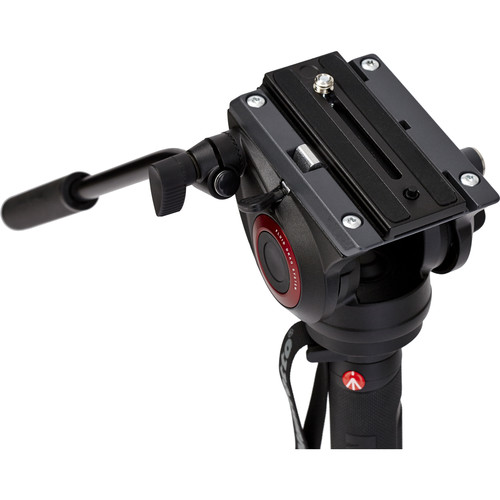 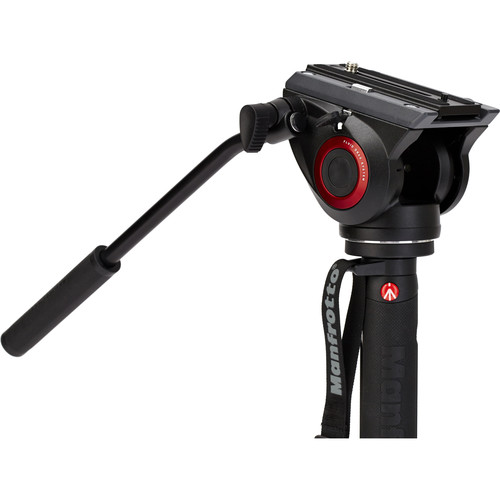 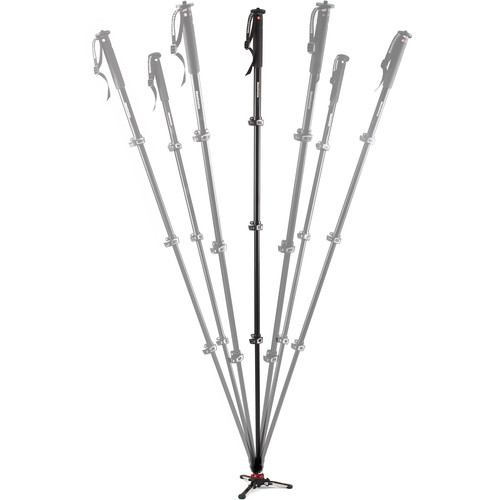 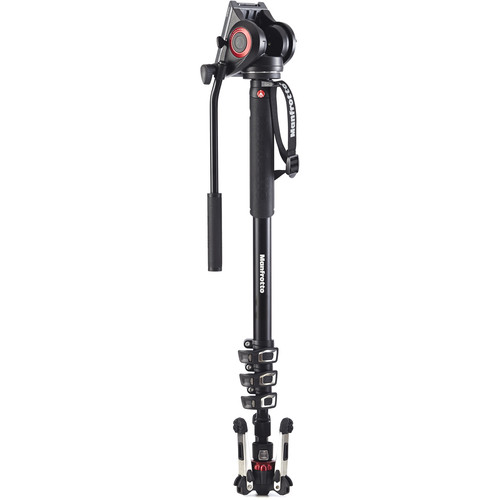 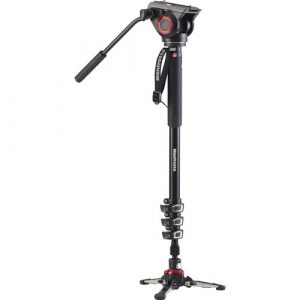 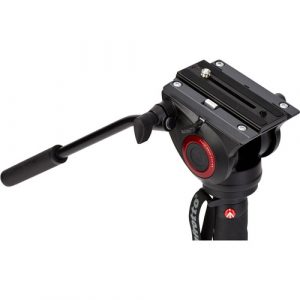 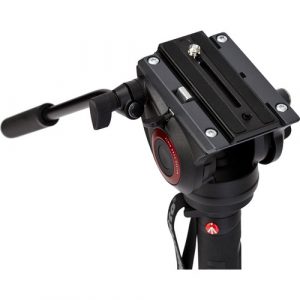 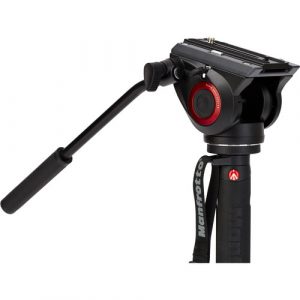 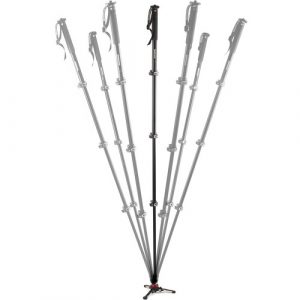 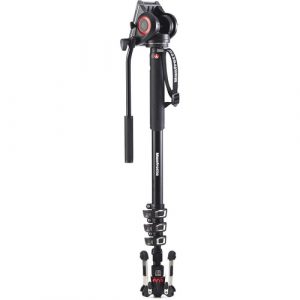 The MVMXPRO500 XPRO Monopod from Manfrotto is a 4-section aluminum video support equipped with Manfrotto’s FLUIDTECH base and a 500-series fluid tilt head.

A versatile kit for nearly any videographer or filmmaker, the MVMXPRO500US can often travel places tripods cannot, providing additional stability and supporting heavy equipment when required. The 4-section design, paired with an aluminum construction, results in an easy-to-transport setup weighing just 4.6 lb. With a maximum height of 79.9″ and a minimum height of just 30.7″, the MVMXPRO500 can be adjusted to suit users of varying heights and for various different tasks.

While the design of a monopod is relatively simple, the Manfrotto Monopod+ line utilizes some innovative features which make using the MVMXPRO500 fast and easy. The primary feature of the line is the inclusion of Manfrotto’s patented Power-Lock flip locks which snap open and closed to ensure fast operation and a tight, unyielding lock. The D-shaped leg sections have been designed not only to compliment the Power-Locks but also to prevent unwanted twisting between leg sections and increase the stability of the monopod. The integrated FLUIDTECH base utilizes a “3D” fluid cartridge which facilitates smooth pans and tilts from a single connection point. The cartridge may be locked vertically to isolate movement to only the 360° panning axis, allowing for smooth, level, uninterrupted rotation. While engaging the vertical lock may allow the monopod to stand, it does not support free-standing function and should not be left unattended when not in use.

The MVMXPRO500 also includes a modified 500 series fluid head which allows the user to tilt their camera forward and backward on a counter-balanced mechanism. The head may be used while moving freely or locked in place via a side-mounted knob. Control of the head is facilitated by a single, long control arm which may be adjusted to the height of the user. A 500-series quick release plate is also included, allowing for quick vertical mounting and dismounting of your camera or camcorder.

Additionally, the Monopod+ line also features Manfrotto’s standard rubber leg warmer for an improved grip and an adjustable hand strap for extra security. A 1/4″-20 and 3/8″-16 mounting thread is provided under the 500 series head should the user choose to use the monopod without a head for direct camera mounting. 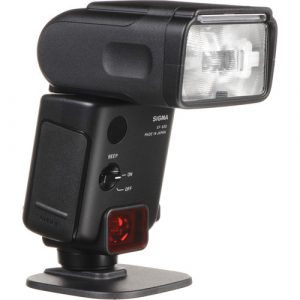 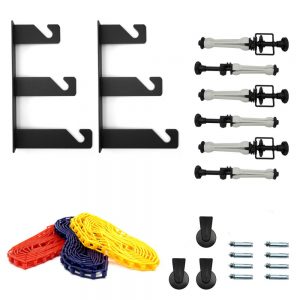 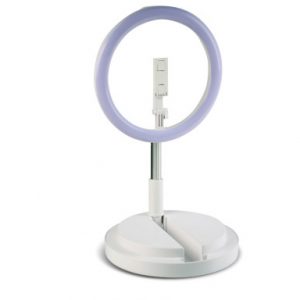 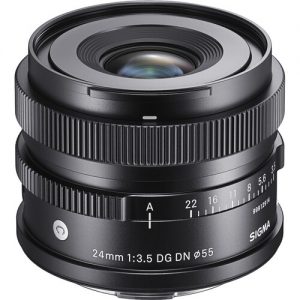 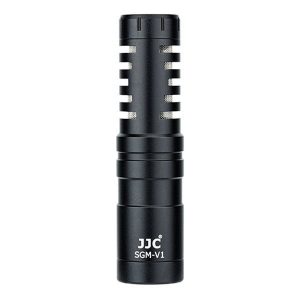 No battery is required 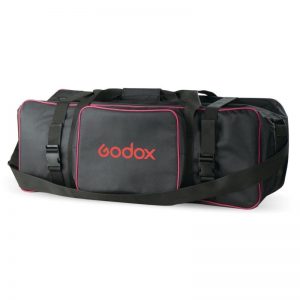